Disclosure: I received this pattern complimentary in exchange for review and promotion

My goodness, these last few weeks have been such a blur, I forgot to do a writeup on DC Frocktails!

So, Frocktails! I wasn’t entirely sure what this event would be all about but I knew I wanted to be part of it. I planned to jump on tickets as soon as they came available but then when I saw they were kinda pricey, I hesitated. And then when I finally decided to just get the tickets anyway, they had sold out! Thankfully I was able to get a ticket from the waitlist in early January.

Naturally, I left it to the last minute to decide what I’d be wearing. I’d been eying the Jalie Rachel for a while, so I opted for that dress with some bright blue ITY I’d had in my stash for a few years (picked up for like $1.75 p/yard at Zinck’s Fabric Outlet in Lancaster, PA) 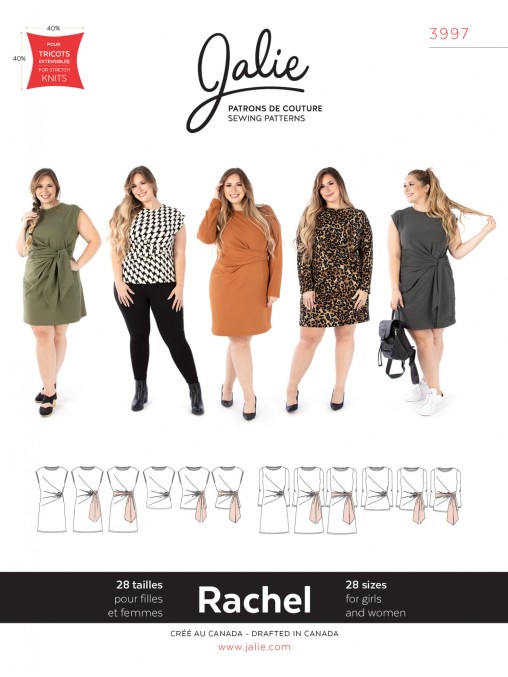 This dress was super easy to sew up, though a little time consuming to cut out – mostly because it requires a big amount of space to cut (I usually use my table but it’s too narrow for a lot of projects… which is probably why I mostly make childrenswear!). Because the pattern pieces are fairly wide and there are also so many options, Jalie has only produced this pattern in PDF format – though you can get the A0 size printed at a blueprinting shop.

The dress is available in 28 sizes starting at 2T, and can be mixed and matched with sleeves, dress/top lengths, and optional belts. 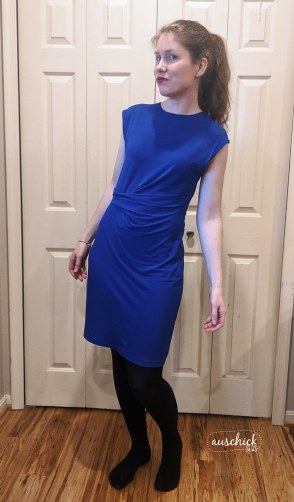 Jalie Rachel is so easy to make and looks fabulous on! I highly recommend it!

So, back to Frocktails…

This was a great opportunity to meet some online sewing friends in person, plus a couple of sewing celebs too. A handful of my sewing friends from Virginia were there, though most of the attendees were from Maryland (the event was at an arts space in Hyattsville, MD).

Probably the coolest thing of the entire event was the fact that every single person there was wearing something me-made! (Literally everyone: “ooh, who are you wearing?” 🙂 🙂 ). The talent in the room was incredible! Another cool thing was getting to meet Katie Kortman and the ladies from Spoonflower.

The evening’s ice breaker was in the form of a scavenger hunt where you had to find people with certain criteria and mark them down on your sheet to be entered into a raffle. I quickly found myself meeting a ton of people fulfilling their Pantone Color of the Year category! (Definitely wasn’t thinking of color of the year when I pulled the fabric from my stash!).

My favorite dress of the night was Siobhán’s dress (@ModernDayMaker) in this amazing Katie Kortman for Spoonflower print!

And of course, super awesome to catch up with Mac from Sew Altered Style @macsmakespace / @sewalteredstyle – she lives near me so I ended up giving her a ride in – and yay! Turns out she almost didn’t come because she didn’t want to drive!

DC Frocktails have a whole page full of photos. Most of the ones of me are super unflattering lol, but you can check them out here.

And last but not least, SWAG! There were a ton of raffles throughout the night but I failed to end up with a lucky ticket :(. Nevertheless, we all got a cute insulated DC Frocktails mug, and a swag bag with Megan Nielsen Patterns, tape measures, coupon codes, a seam ripper, fabric, and a bunch of other cute things! 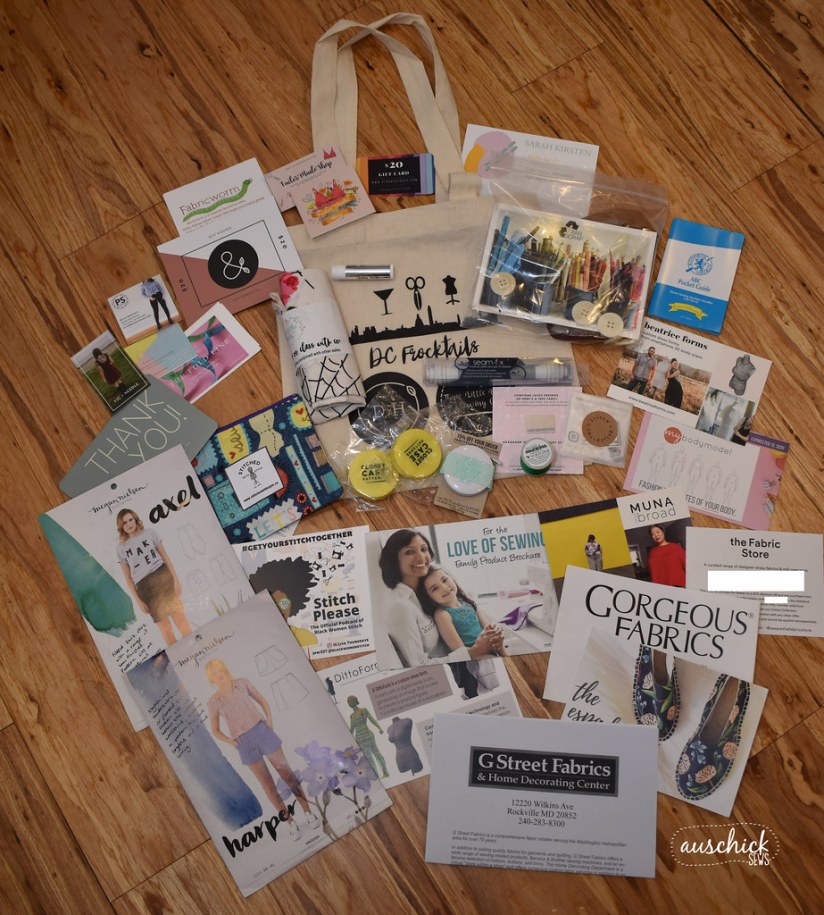 Has your area hosted a Frocktails event yet? I highly recommend going to one — or even organizing one for your region — such a great way to get involved in your sewing tribe IRL! ❤

Disclosure: I’m a Jalie Patterns Creative Ambassador and received this Jalie pattern complimentary for purposes of review and promotion.