Patterns for Pirates is probably THE most popular independent sewing pattern group out there right now, with a Facebook group of over 100,000 members. So it may come as a surprise when I say that the only P4P pattern I’ve ever actually made is their free “peg legs” leggings pattern!

Well, this week that status changed, and I purchased and sewed up the Wiggle Dress. On Friday! For a holiday party on Saturday! (Nothing like a deadline, right?)

Back in August, Simply By Ti ran a preorder for some limited edition designer textured knits and to me they just screamed holiday party dresses! I hadn’t actually been to a dress-up holiday party in at least 7 years; in fact, the last super fancy party I had been to was while I was still living in Australia and working in my parents’ hardware store! (We got to go to some of their national corporate galas). Anyway, with my husband landing a new job in a company that was 99% likely to allow spouses to attend their holiday gathering, I was pretty sure I’d have a reason for a holiday dress this year!

The stripe on this actually runs horizontally, though of course you can do what you like!

My initial plan was to make the George and Ginger Jawbreaker dress, but I really didn’t want to have a seam-line across the waist as I thought that wouldn’t do the fabric justice. I was then leaning towards the P4P Wiggle, but since this dress was essentially a long t-shirt, I thought I could just adjust the Jawbreaker to have no waist seam. In the end though, I couldn’t easily work it out, and also decided I wanted the off the shoulder neckline, so I took the plunge and bought the pattern.

After making a muslin, I decided I didn’t like the neckline as low as it was supposed to be, so for my final I made the boat neckline and then, after testing the off the shoulder look by tucking the fabric under, traced the off the shoulder neckline pattern piece onto my garment but starting about 1″ down from the center front. In hindsight I should have taken a little more off the back as the shoulder area bunches up a little there.

Patterns for Pirates has a blog post with instructions on how to adjust the pattern for fit. I used this to work out where to adjust for my body’s waist and hiplines, and also graded out the pattern to fit my body (XS at the bust, M waist). I thought I’d have to do a swayback adjustment, but this pattern seems to take that into account already – woohoo! (And it has a center back seam so if you need to do a SBA it’s easy to do). I added about 1 1/4″ to the height, and in hindsight could have added about 3 inches to the dress (it’s drafted for 5’5″ and I’m almost 5’8″), but I was happy to have a dress that people weren’t going to step on or one that dragged on the floor and get all gross.

I had considered buying Spanx to wear underneath this dress, but in the end didn’t bother with getting any since Ti had pointed out to me that the texture in the fabric would hide things!

Verdict? I just LOVE this dress! I wish I had more places to wear it!! Simply by Ti doesn’t have much of this fabric left, so jump on it while it’s still in the shop!!! (Some other stores are also carrying this same fabric, but Ti’s is way cheaper!!). (Fun fact: excluding my time, this dress cost me a grand total of $35!).

ETA: I should mention that this fabric is 48″ wide, so it’s narrower than most knits. To successfully cut the whole thing out of 2 yards, I turned one pattern piece upside down, so the nap on the front is going the opposite direction of the nap on the back. When worn, I can tell that the fabric has been cut two different directions, but 99% of people will not notice!

Disclaimer: I’m a Simply By Ti Ambassador however I purchased this fabric myself! 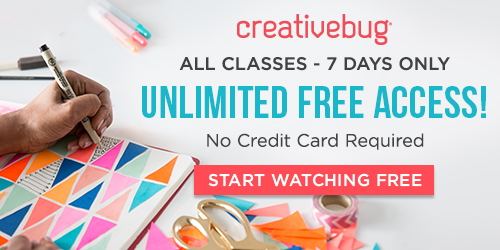