Happy um, Fall, y’all? Ok, so this blog post is OH SO LATE! And it should have even happened well before Fall just gone *sigh*. (Right now, we’re actually in the middle of an arctic freeze with no snow to make it fun, so Fall would be just lovely right now!)

Last December (that is, the December from 13 months ago), I had been doing some work with Hallå Patterns* so as a thank you, Samantha sent me a So Sew English bundle of fabric, along with the Hallå Carefree Dress pattern* which I think had come out that week. Even though she said I could use the fabric for anything, I knew I wanted to use it to make the Carefree Dress. I pondered how I would do it (the bundle came with a gorgeous floral french terry too), and was trying to work out which fabric would be the bodice and which would be the skirt.

At some point in my stalling to sew, this dress – or something that looked a whole lot like it (below) popped up in my Facebook feed, and I knew I wanted to use that as my inspiration, so solid green with no floral it was! (Of course, the Hallå Bliss*, which has almost an identical neckline to the Modcloth dress, wasn’t launched until well after I had started cutting and sewing my dress out!).

The Hallå Carefree Dress comes in three different bodice styles and two lengths, along with a skirt option. It also has sleeve options (these were added after I sewed it up), pocket option, and a nursing mod. I chose the knee length skirt and gathered bodice with neckband. I omitted the pockets, but I regret that so much!

To make the bodice, I initially gathered it using elastic rather than using the method recommended in the instructions (pulling 2 rows of basting threads). Once I tried it on though, I found it too loose (I think the stretchiness of the brushed polyester contributed to this), so I pulled it apart and followed the instructions. I guess they’re there for a reason, haha! I think I still could have taken the bodice in a little more, and I did find it hard to get the gathers to sit properly – this may be because of the polyester – it tends to be clingy, so cotton or bamboo lycra might be better for this style. 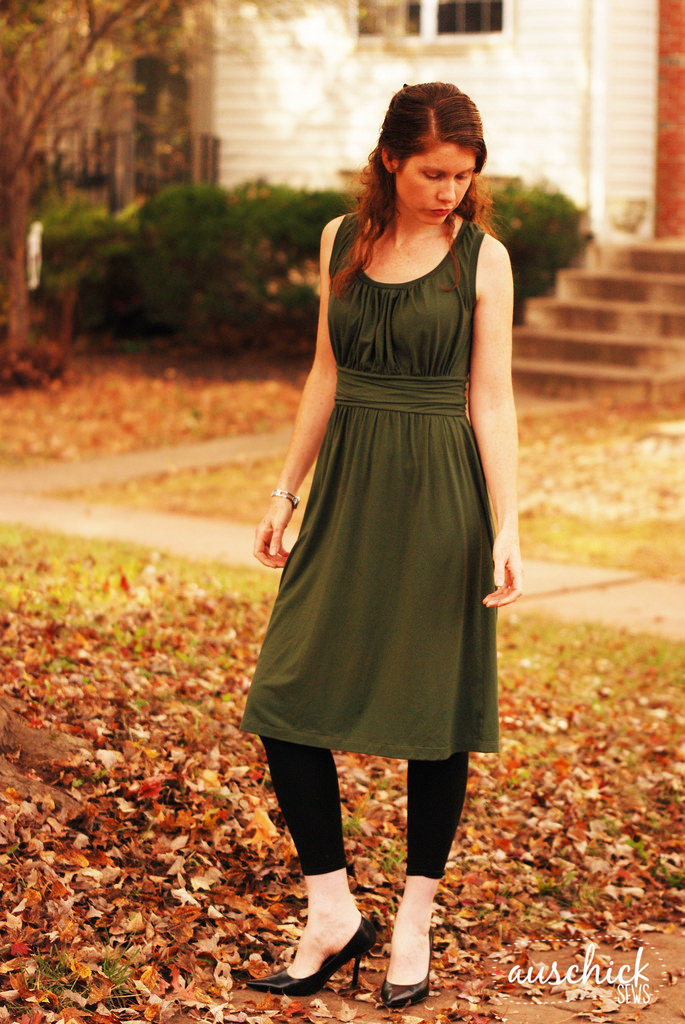 For the size, I think I used 0 for the bodice and graded it out to a 2/4 at the waist and 6/8 at the hip. In hindsight, I think a 0 all over would have worked for me using this fabric – or at least, just doing a 0 bodice all over and then only grading out the waistband. 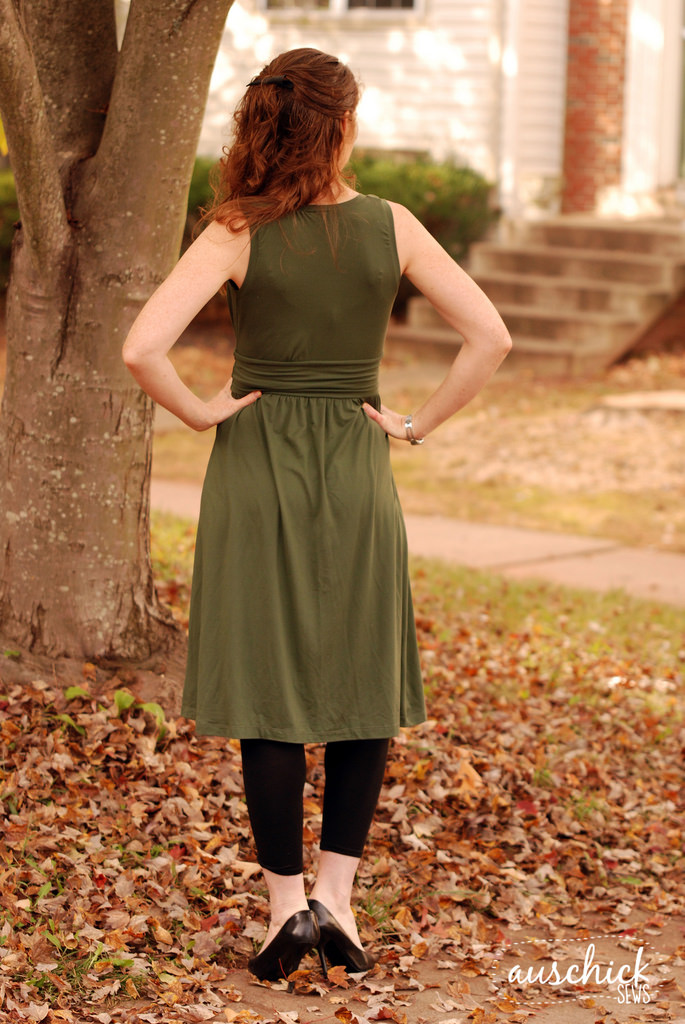 I was really impressed with the seam finishing for the bodice on this dress – it did mean that it took longer than I anticipated to whip this dress up (I did think it would be a “get it done in 2 hours before church, kinda deal, and maybe it would be the next time I make it…. but I’m always so slow the first time I make anything!).

I need to double check how much yardage of the French Terry I have – hopefully it is enough to make the Cozy Wrap Cardigan*.

Overall, I’m happy with how this dress turned out – though if I used a polyester again, I think I’ll use the basic tank bodice instead – and I just LOVE the photos my husband took of me. I don’t often get a great hair day, but I did for these photos, yay! And I was very happy to get that perfect lighting too – I usually don’t have quite that much luck, but I did discover that I get better light outside my home in the morning sunrise versus the afternoon sunset.

Disclaimer: I am a VIP blogger for Hallå Patterns and received the Carefree Dress Pattern complimentary for purposes of review. Opinions are 100% my own!