Back in October, we took our kids to Disney World for a few days. I decided I would take advantage of the cheap price on character fabric at JoAnn to make my son a couple of Sketchbook shirts. They were SUCH a hit with the Cast Members at Disney! So many of them were wanting some in adult sizes! 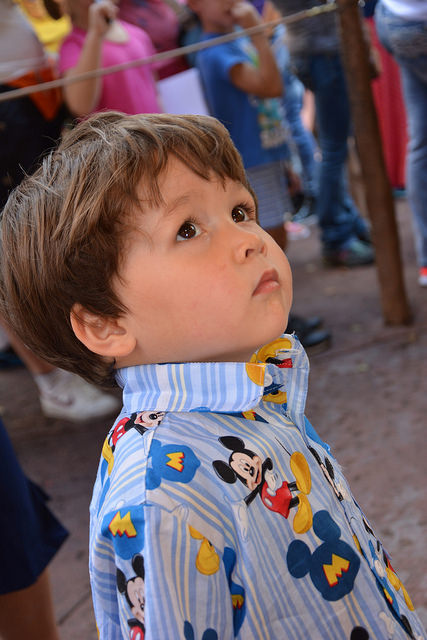 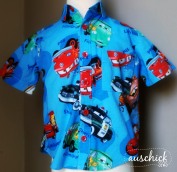 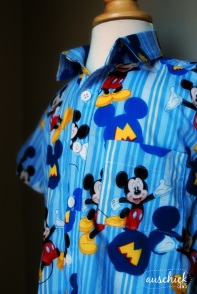 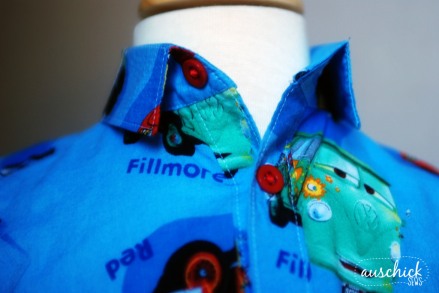 Also, earlier in the year we went to Day Out With Thomas and my 2 y/o found this Thomas fabric at Walmart on clearance for $1 p/yard!! Unfortunately I didn’t get around to finishing that shirt until 2 days ago… Oh well. Hopefully he will get some use out of it when Spring rolls around. 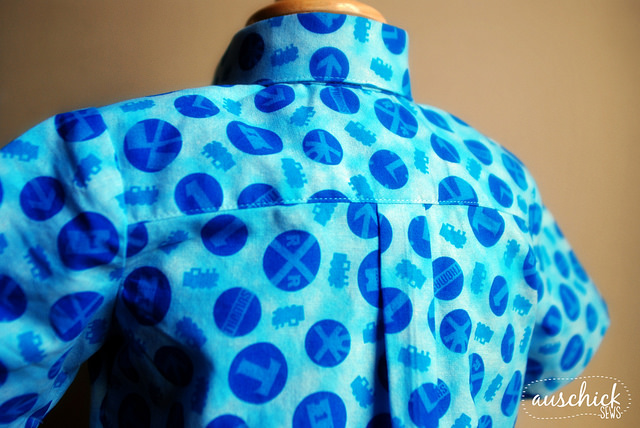 After my first round making these shirts, I looked around for a better way to do the collar and found this great post . This faux two-piece collar is way easier to do (and more likely to look right) than the O+S method.

And I’m so excited to finally have a dress form for modeling my clothes on! A store by me was closing down and sold it to me for $10!